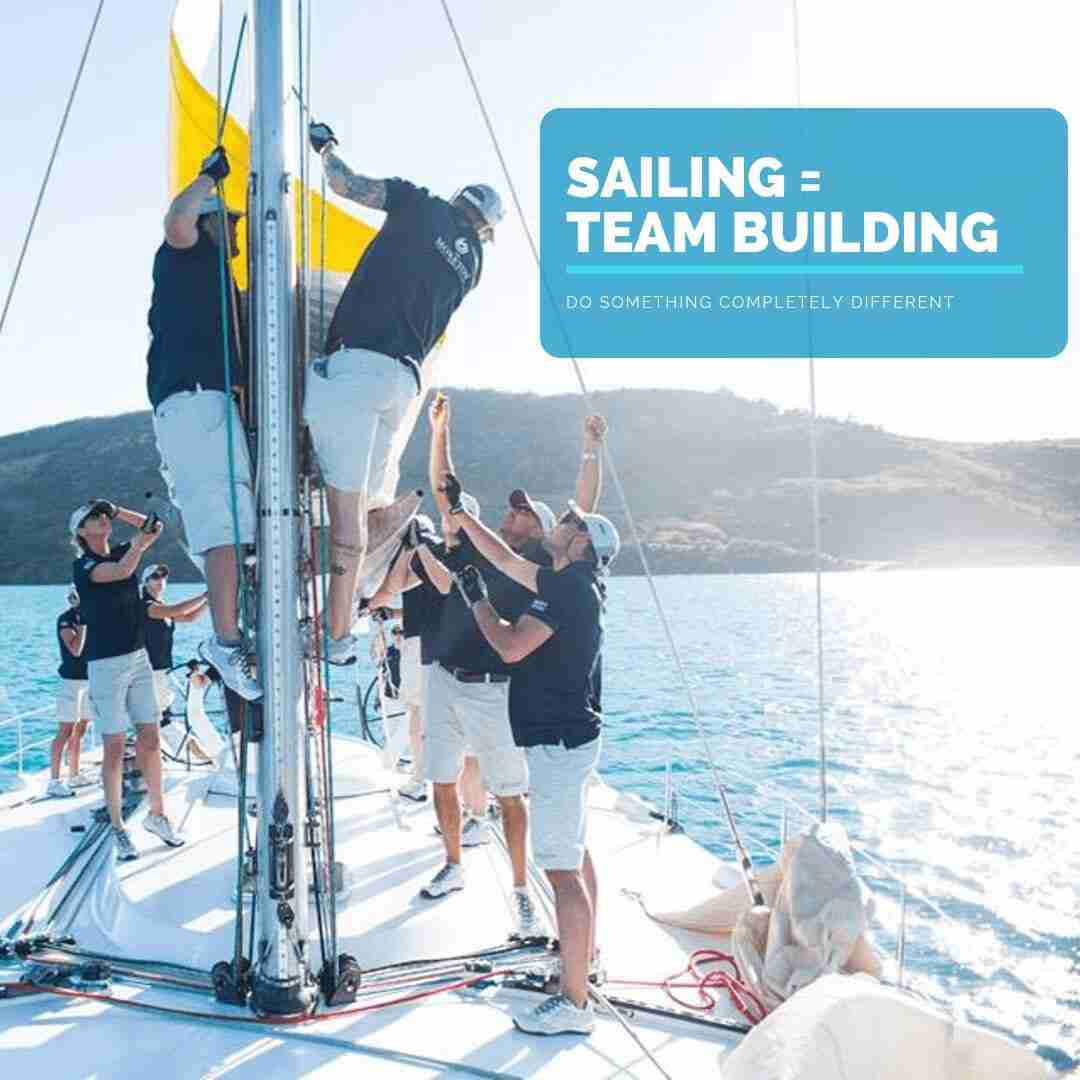 Create a corporate team building day to suit your group’s energy levels – pit team members against each other in hoisting sails, or sit back and make the most of a relaxing environment … no high-powered meetings required.

Considering blending team building with a marketing effort? Take a look at what others have done, including APN Outdoor, LJ Hooker and The Influencer Project, here.

Or, keep it informal … either way you’re guaranteed to come away with plenty to brag about. 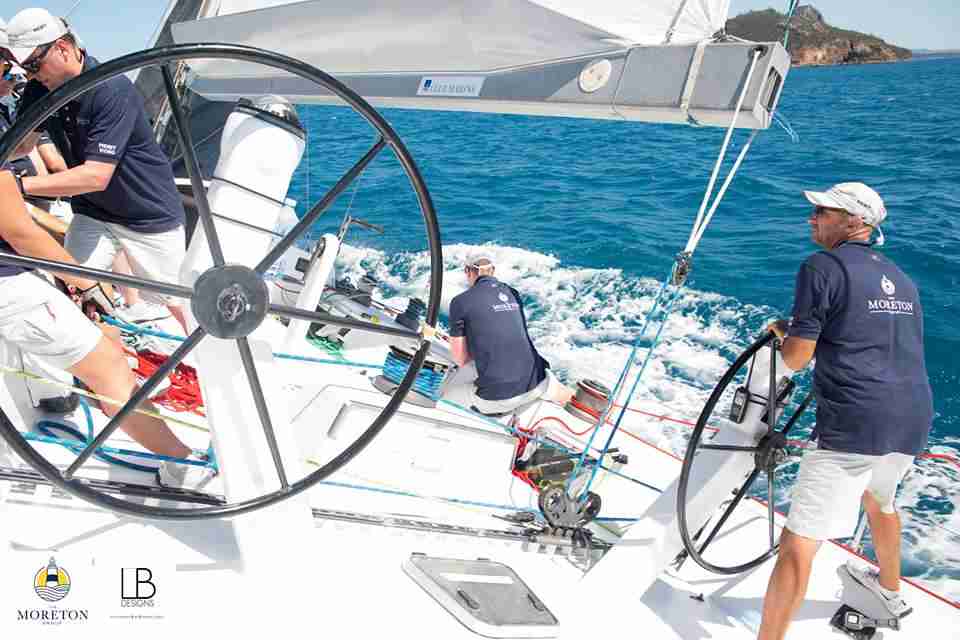 GRAND PRIX YACHTING: WHO ARE WE?

(That’s Michael on the helm … Jo’s not big on getting in front of the camera!) Oh, and the others on the boat? Had never sailed before in their lives, so you’re in good hands.

Experience? He’s crossed oceans, won trophies, dealt with those moments at sea you’d rather avoid, plus rebuilt Merit almost from scratch after Cyclone Debbie. Michael used to be an architect in another life, but much prefers sailing.

Jo holds a Coxswain and grew up messing about on boats in the Sunshine Coast waterways. Jo also runs the advertising agency McKee Creative, so is well-positioned to help you make a Corporate Day Out do double duty as a marketing opportunity – just say the word if you’d like that to happen. 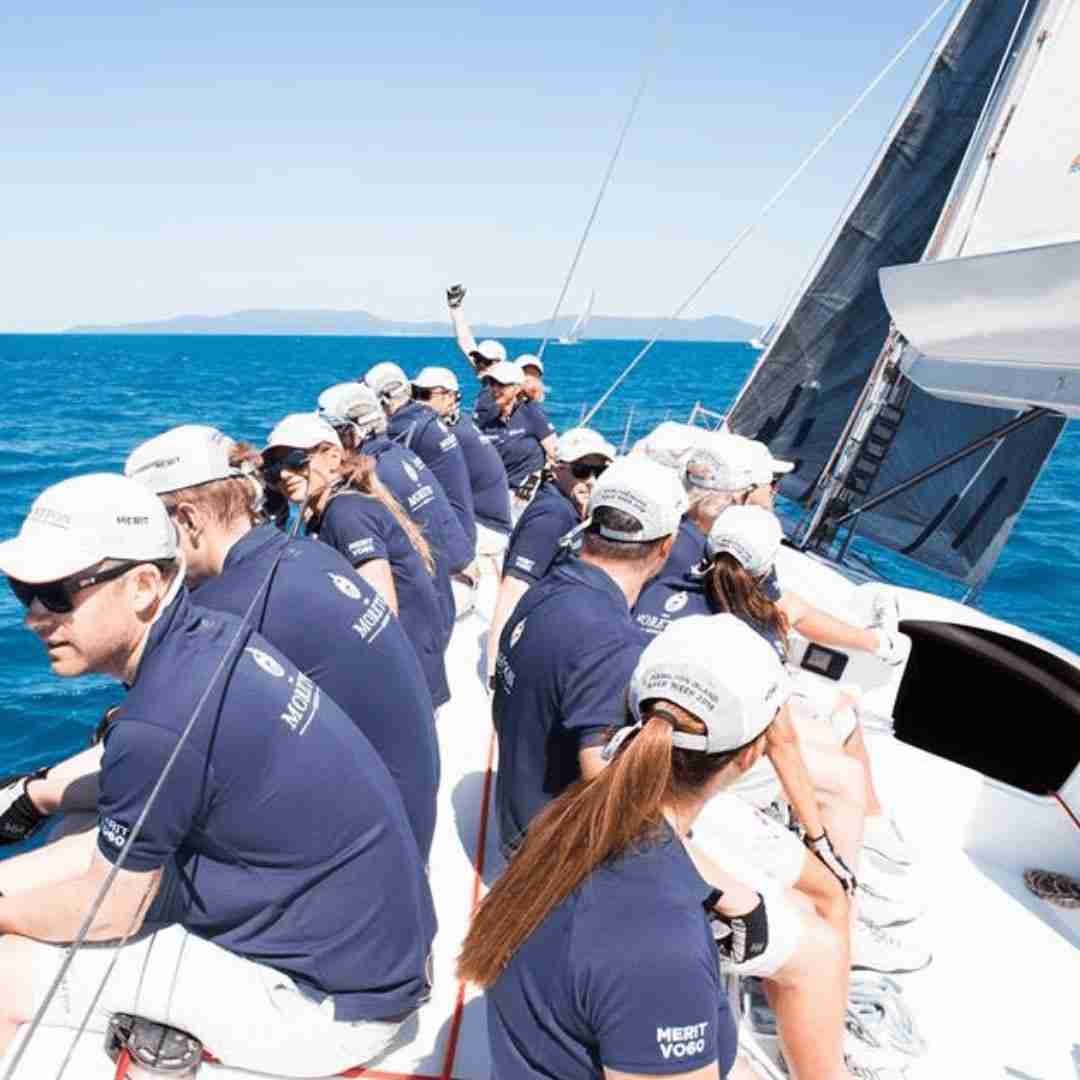 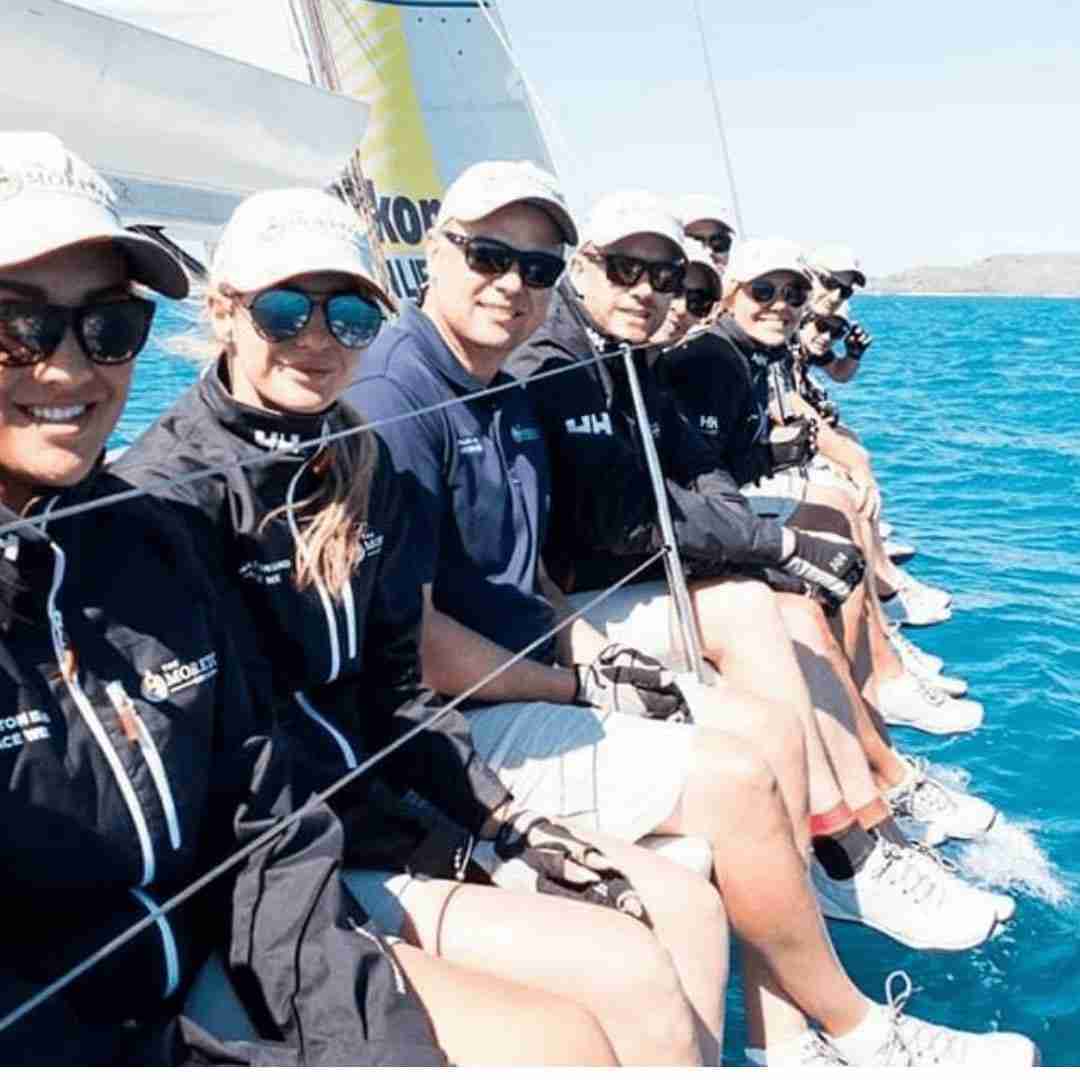 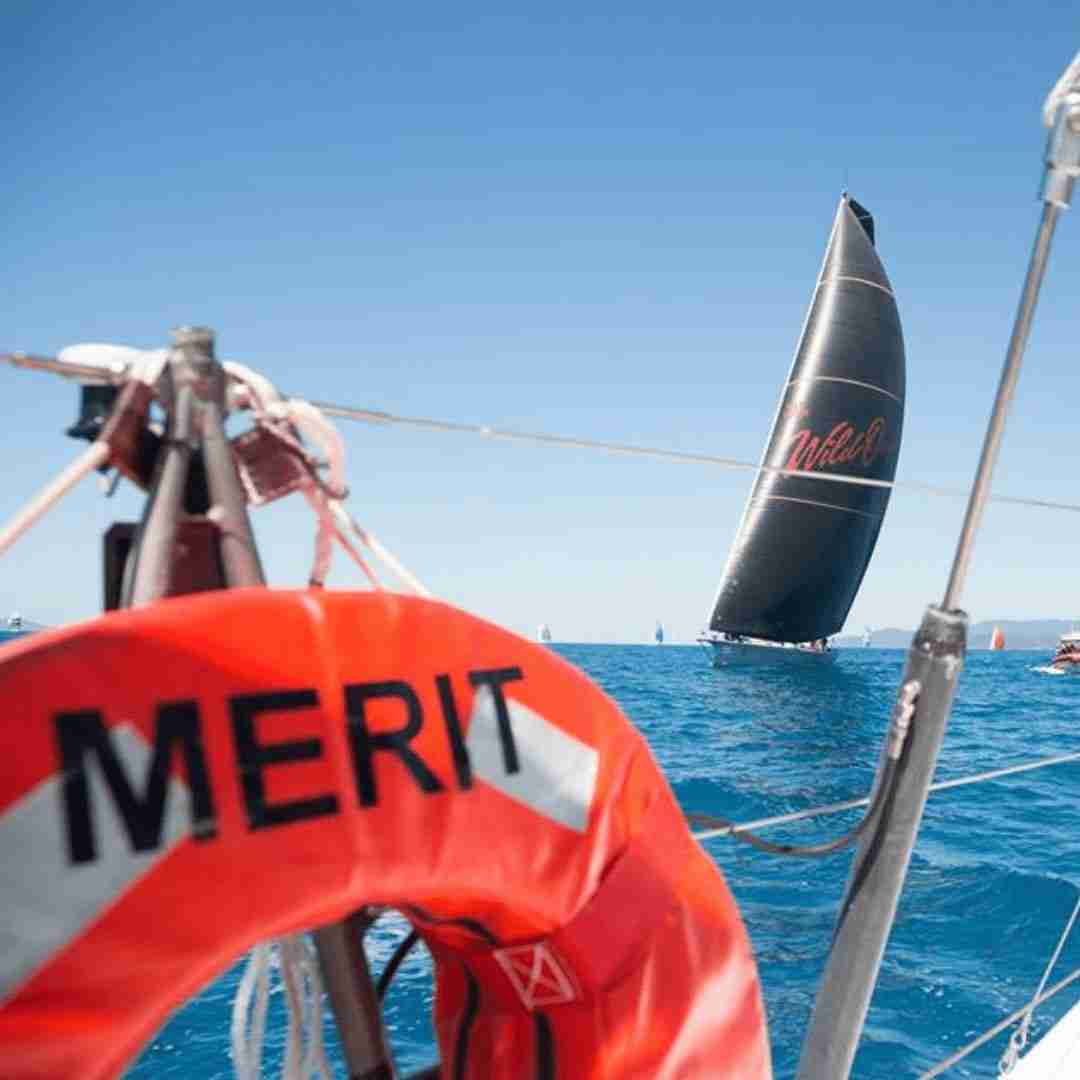